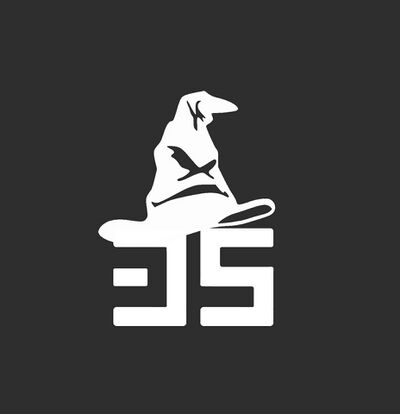 DecimalSchool is a tokenized educational product that combines elements such as:

The team's plans include the development of its own educational platform (mobile App) and the creation of an NFT Marketplace in telegram bot for the sale of student tickets with an affiliate program.

The token was created for several purposes:

The DCSCHOOL coin is given as a reward for the work done if the current or potential client:

If the first students who bought a coin at a cheap price split the first coins and decide to exchange them for DEL, then the course will be quite resistant to falling.

The expediency of buying a token ensures the use of the DSCHOOL token as a discount when buying student NFT. The received DCSCHOOL will be delegated and removed from the market offer by the team.

Another value of DCSCHOOL is in its application in the sale of NFT student tickets.

Let's consider a conditional example of price changes for the year, assuming that we conduct 3 flows during the year.

However, anyone will be able to attend school at the price of the last stream. To do this, he needs to buy a DCSCHOOL token in the amount of 20% of the cost of the new stream + the cost of the previous stream in DEL.

at the time of writing WP

"'For the full tokenization of the DecimalSchool project, a proprietary validator was deployed for:"'

To get any status in an educational project, it is necessary:

To ensure the reliability of the validator, we use powerful servers in data centers in Finland and Germany, as well as several penalty protection servers.

Our servers are maintained and updated by technical specialists, which makes their work as stable and comfortable as possible for earnings, and also reduces the risk of receiving a fine of 1% of the total steak.

It is impossible to exclude a fine until the end, but we are doing everything to make delegation to us as safe as possible.

The DecimalSchool validator is serviced by the DecimalPro team. Since the cooperation with the team began, there has been not a single technical failure and complaints.

We know that DecimalPro flawlessly serves more than 4 validators of the Decimal network, so we trust this team. 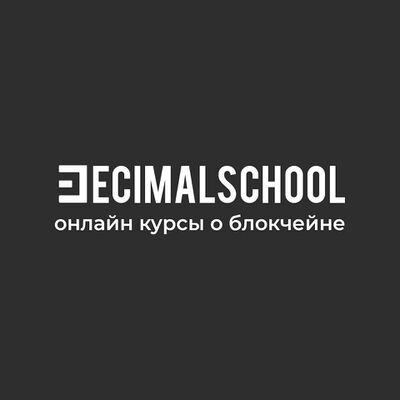 "DecimalSchool" is the basics of the blockchain industry and software for those who want to start quickly and immediately put their knowledge into practice for a decent reward.

"There are more amateurs than professionals in the blockchain industry today. It is thanks to this that someone earns fabulous money, and someone loses the latter. What worked for you in the morning, already works against you in the afternoon. Trends and strategies change faster than we blink, and yesterday's "X" turn into a "Y". "'DecimalSchool"' provides an online course for those who want to master the market foundations, and not with the roof flying off because of Elon Musk's tweet. For those who want to start quickly and without risks. Here you will get tools and skills. It's like at school here. Only hard working. But it's faster this way."

What skills do DecimalSchool graduates receive?

Graduates who have successfully graduated from school:

Konstantin Ponomarev"' is the head of the video content department, a specialist in creating instructions and accompanying materials of the school, a specialist in the school's areas of work, the creator of a custom token on the DecimalChain blockchain, an administrator and a technical specialist of the Spacebot Academy.

The product should be simple, but not superficial, while it should be accessible both financially and intellectually.

The information should be visual. Each slide in the lessons is filled with diagrams, metaphors and drawings, which makes the slides memorable and easy to understand.

The product should bring both resource benefits (give knowledge and confidence) and financial benefits (increase competencies and value in the labor market). Graduates come out of the online school with their own presentations, video instructions on each function of the blockchain and the full concept of a tokenized project.

A student with the appropriate statuses (professional) does not buy a course, but a result that will be achieved thanks to the work of a mentor. If there are not enough lessons to achieve a result, then the mentor contacts personally and seeks to understand the material in any way available to himself.

Absolutely everyone who contributes to the development of the school should receive remuneration for this, which will be included in the budget of each stream.

To create loyalty, it is necessary to strictly follow all the principles described above. This way we will get professional, and therefore grateful students who will be happy to recommend studying at our school.

The training takes place in streams and is provided in several variations:

The basic training format in which a group is recruited for an approved program. The number of places in the flow is determined, NFT maps are created and sales are launched.

Maximum number of streams per year: 3

An additional training format that allows you to assemble a program for the needs of the customer.

There are no deadlines for programs, since each program is compiled individually, the price is determined individually depending on the load.

Maximum number of streams per year: 6-12 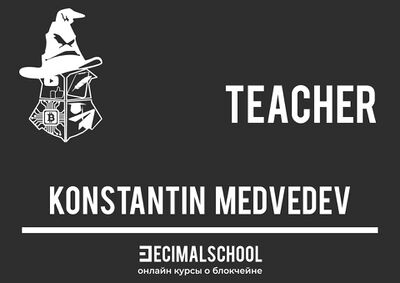 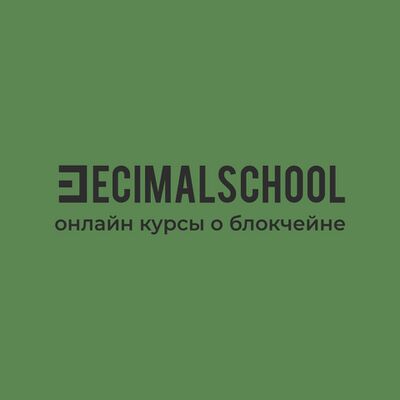 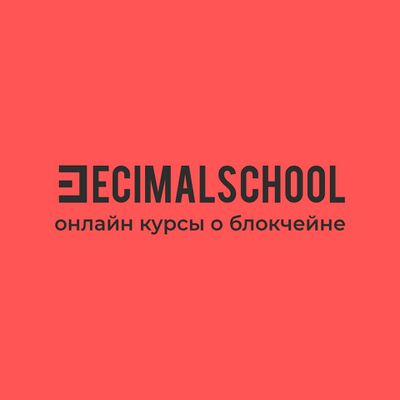 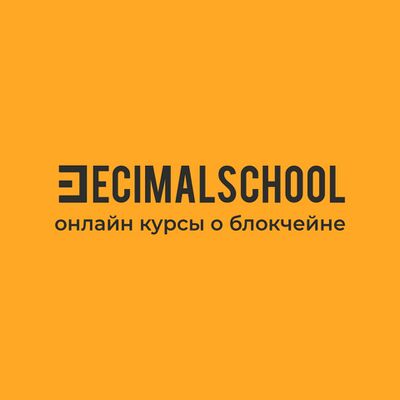 For students of the school with the status of "Professional", a certification exam of three stages is provided:

The opportunity to pass the exam is given 2 times: the first time in the paid stream and the second time in the next.

If a "Professional" student passes all the tasks, but does not pass the presentation or does not cope with the protection of the tokenization project, then he receives a certificate of a stream participant instead of a graduation diploma.

After the completion of two streams (approximately 6 months), feedback on assignments and the possibility of passing the exam for the student is closed and will open only if 50% of the cost of the new stream is paid (the student is enrolled in a new group).

There are two types of documents provided for school graduates, which we issue in the form of an NFT token: 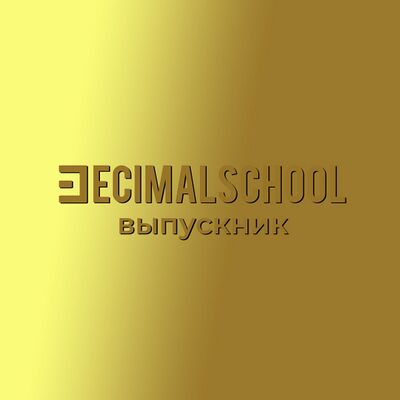 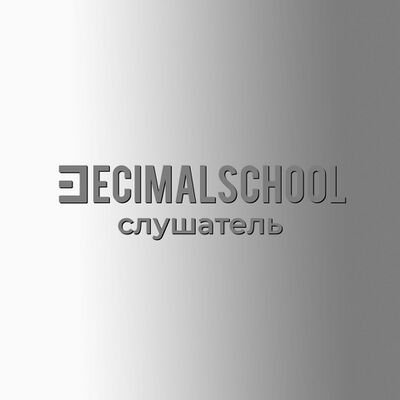 The issuance of documents is provided only for "'"Professionals""' and "'"Researchers""' . Students with the status of "'"Beginner""' do not receive documents about attending /graduating from school.

DS provides an opportunity to receive partner rewards from sales of NFT cards.

We know the power of affiliate programs and want to create financial motivation to recommend our product.

Affiliate payments in the amount of 10% of the cost of NFT student.

The project turned out to be completely self-supporting due to the successful start of sales of NFT student loans to a loyal community and delegation mechanics in the DecimalChain blockchain.

Project profit in the first stream

The final balance on the wallet after sales was: 28,400 DEL

The profit from student sales (together with coins for the reserve of diplomas and certificates), minus expenses, was delegated to the Monkey Club Phuket validator in the form of Monkey Club tokens in the amount of: 23,120 DEL

Since the cost of DCSCHOOL has more than doubled, we have gained additional profit in delegating custom tokens.

For 1 month of the validator's work, we earned 259 DEL from the fee and delegated them to the DCSCHOOL validator

Constant expense items in the project

Distribution of profits from the following flows

All the collected funds are delegated to the DCSCHOOL validator and the DecimalSchool team receives daily income from them. All coins received from the sales of NFT student's do not go to the market and are an asset that allows the team to earn daily.

The profit from the fees of the DecimalSchool validator will be divided 50/50 (up to 50% of the fees are spent on the buying up the school token, which will be delegated to the school validator. The remaining coins will be distributed in fact among the team members)

If the terms of interaction change in the future, this will be notified in advance.

The school has the right to immediately cancel its obligations to a student or a team member unilaterally if:

Upon termination of obligations (unilateral or mutual), all conditions in the card cease to apply even if the NFT card is delegated to the validator.