ZARUBA is an internal unit of 'ZARUBA' company 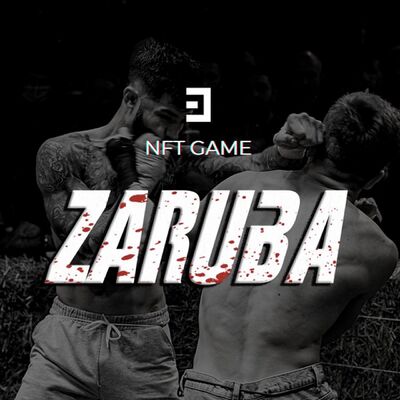 "ZARUBA" is a company actively developing in the field of NFT games. ZARUBA issues unique cards of real fighters digitized into NFT tokens by purchasing which you get the RIGHT to receive a reward in tokens for all the fights of your fighter.

Presentation of the company https://www.canva.com/design/DAEsnjJeLfs/U1WFaU6ADOBH9ovuWeAr2g/view?utm_content=DAEsnjJeLfs&utm_campaign=designshare&utm_medium=link&utm_source=sharebutton#1

The economic component in the ZARUBA token 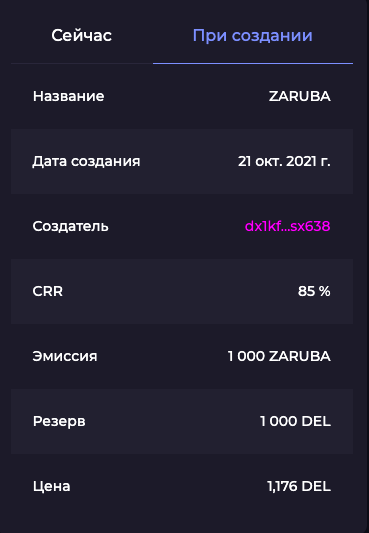 The mechanism of the additional issue as follows:

1. After the entire token issue is produced, a notification will be sent to the telegram channel "'@go_zaruba"'

2. Next, a vote will be held in the telegram channel in order to find out the opinion of the audience. There are two voting options: "'issue of additional issue'" or "'postpone for 30 days'". To approve the vote, 60% of the votes must be collected. The voting duration is 7 days.

3. An additional issue always comes in the amount of 10,000 ZARUBAs

4. You can not do an additional issue more often than once every 30 days.

Why is the ZARUBA token growing in price?

1. Due to the implementation of unique cards of fighters (NFT tokens), the DEL asset is accumulated, which are used to pay off the ZARUBA token.

2. The issued ZARUBA tokens are sent to the "validator" for lifetime delegation. This mechanism permanently removes ZARUBA tokens from the market, thereby fixing the price. The more NFT is sold, the more ZARUBA is paid off and, as a result, the higher the price for the token.

3. ZARUBA tokens are located in the "validator" and generate daily profit in DEL coins. The received funds are exchanged for ZARUBA tokens. Which contributes to the constant purchase of tokens and stable growth.

How to benefit from the ZARUBA token?

The participants of the ZARUBA project receive rewards in ZARUBA tokens after the fights.

Anyone can purchase ZARUBA by converting in a DecimalWallet or Decimal console wallet by following the link https://console.decimalchain.com/wallet

1. Tokens can be stored on a wallet waiting for the price to rise with subsequent sale.

2. Send to the validator and receive daily accruals in the DEL coin.

3. Start speculating on the price of the token in the Decimalchain blockchain itself through the "conversion" section

Maxim bought 1000 ZARUBA tokens for 1300 DEL and sent (delegated) to the validator. The average purchase price came out 1.3 DEL for 1 ZARUBA.

Once the ZARUBA tokens are backed up (reserve) by 1300 DEL, then the accrual will go from this amount of DEL.

Imagine that a month later the price of the token increased to 1.7 DEL for 1 ZARUBA, the number of ZARUBA in the validator remained the same, but their reinforcement (reserve) is already 1700 DEL and the accrual will go from this amount, and the yield will be higher.