NFT (non fungible token) - non-fungible token is one of the types of cryptographic token issued the blockchain. Most tokens on open blockchains are interchangeable, that is, they are equal to each other.

A non-fungible token works differently, each non-fungible token is one of a kind, it cannot be forged or replaced. It was created to prove the authenticity or ownership rights in the digital space, no matter if we talk about art or real estate.

In other words, an NFT token is an analogue of a security that secures ownership of a unique digital object for a person.

For example, Banksy "Morons (White), bought by Injective Protocol from the Taglialatella Gallery in New York for $95 thousand, was converted into an NFT token. ~ 6,700,000 rubles. After the creation of the NFT, the physical copy of the painting was burned. 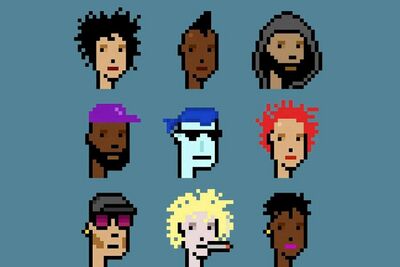 The first experience with NFT began with the appearance of so-called "colored coins" based on Bitcoin. The first project of this kind was CryptoPunk, based on 10000 non-interchangeable tokens The "cryptopank" can be recognized as a kind of digital "antique", and not an ordinary one but probably the best representative of this category.

In October 2015, the first full-fledged Etheria NFT project was launched, which was demonstrated live at DEVCON 1, the first Ethereum developer conference in London. Most of the 457 Etheria hexagonal tiles bought couldn`t get sold for more than 5 years until March 13, 2021, when the interest in NFT provoked a rush of buyers. Within 24 hours, all the tiles of the current and previous versions, each of which is hard-coded in 1 ETH, were sold for a total of $1.4 million. 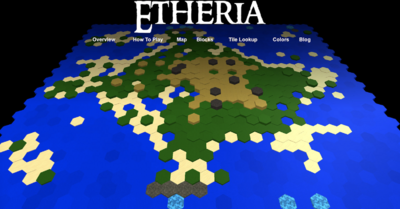 The CryptoKitties project promoted NFT technology to the masses, making it a mainstream. At the end of 2017,' it was just a primitive online game for breeding digital seals. However, time has shown that the project was more than successful as it was due to it that the world started talking about NFT.

How to use NFT?

The NFT trend began to rise back in 2017 with the now famous blockchain game CryptoKitties. With the beginning of the "crypto-winter" in 2018, the excitement subsided, but in 2021, a real NFT-HYIP thundered.

According to DeFi trackers, the total sales of NFT at the end of 2021 exceeded $13 billion, but how to participate and succeed in this trend?

Let's analyze the ways of using NFT and talk about how technology can change the world we are used to: music, art, advertising, games and more.

Non-interchangeable tokens helped solve the problem of illegal distribution of digital art. So how to preserve the uniqueness of virtual works if they are so easy to copy?

In the case of NFT, the value is determined not by the work itself but by the ability to prove ownership of a particular asset at the expense of a blockchain that will store all information about the creation, the creator and all movements. This is what makes crypto art one of the most popular ways to use NFT.

Just launch an NFT on the basis of DecimalChain blockchain with your author's digital content and put the exhibit on the marketplace.

Along with NFT art, collectible tokens constitute a significant share of sales on NFT trading platforms.

One of the most striking examples of NFT is the first purchase of tweet by the creator of Twitter. If collecting CryptoPunk characters carries artistic value, then Jack Dorsey's NFT tweet is valuable solely for its uniqueness and historical significance.

You can launch a unique collection of your first tweets or posts, drafts or pager messages right now. Everything that can be given value. And as long as your name fits into history, NFT can be delegated to any validator of the DecimalChain network and generate new DEL coins at the expense of the reserve. With the same success, you can collect a collection of exhibits of rising authors and calmly wait for their stellar triumph, while your NFTs delegated to the validator bring you a liquid asset.

Collectible NFTs can be not only images or videos, but also audio files: they can be considered the first digital edition of a song. Creating an NFT with music is similar to creating an NFT with art, however, the use cases for these tokens may differ.

If you are a songwriter or musician, then before you share your work on streaming platforms, you can sell it as an NFT to the most loyal fans. Many are willing to pay a lot of money to be the first to listen to a new album or the title track of a favorite artist and turn it on to their closest friends at a private party.

The popularity of this model will grow when it is adopted by major streaming services. Creating NFT music will be an excellent use of non-interchangeable tokens.

Combining physical assets with NFT implements the process of confirming ownership. For example, in real estate, physical documents on the ownership of property are used, but the creation of NFT as these documents can move a house or land to the blockchain. So far, regulatory authorities are not seeking to provide support, and this method of applying NFT requires serious study, but already now it seems promising.

NFTs are used not only for the purchase of art and collectibles. For example, in decentralized finance (DeFi), they can provide unique financial advantages.

With the implementation of Decimal Smart Chain and the advent of DEX, it will be possible to implement the NFT staking model. The user will be able to add a pair of tokens to the betting pool for a certain period and get an NFT to access the next pool, where the NFT will serve as an entrance ticket and be destroyed after joining the new pool. This creates a secondary market for the sale of NFT with the function of providing access.

It has long been common among gamers to purchase digital items, the cost of which is determined by their rarity. Microtransactions and in-game purchases have created a multibillion-dollar gaming industry that can use NFT and DecimalChain blockchain technology.

Several games with NFT mechanics are already being developed on the DecimalChain blockchain. You can become a developer of your own game or upgrade your NFT character in someone else's. If you are not a gamer and not a developer, then there is always an opportunity to buy an in-game item in order to sell it later with a profit to avid players. 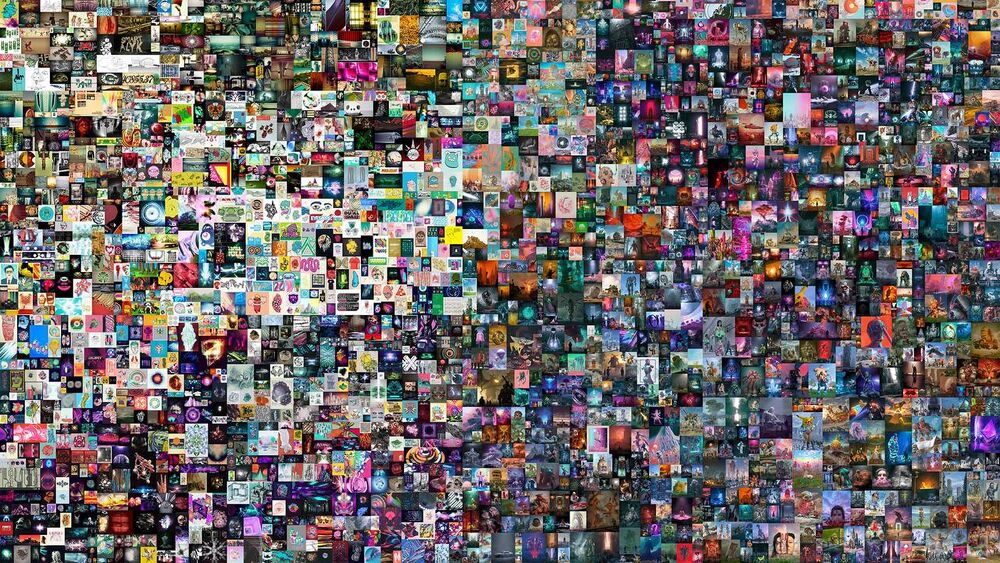 EVERYDAYS: THE FIRST 5000 DAYS is a collage of 5000 drawings that American artist Mike Winkelman, known under the pseudonym Beeple, has created and posted on his Instagram for the last 13 years. The image became the first tokenized digital object that was sold through Christie's auction house for ETN. On March 11, an anonymous crypto investor under the pseudonym Metakovan, founder of the Metapurse fund, which invests in NFT, acquired this work for a record $69.3 million. 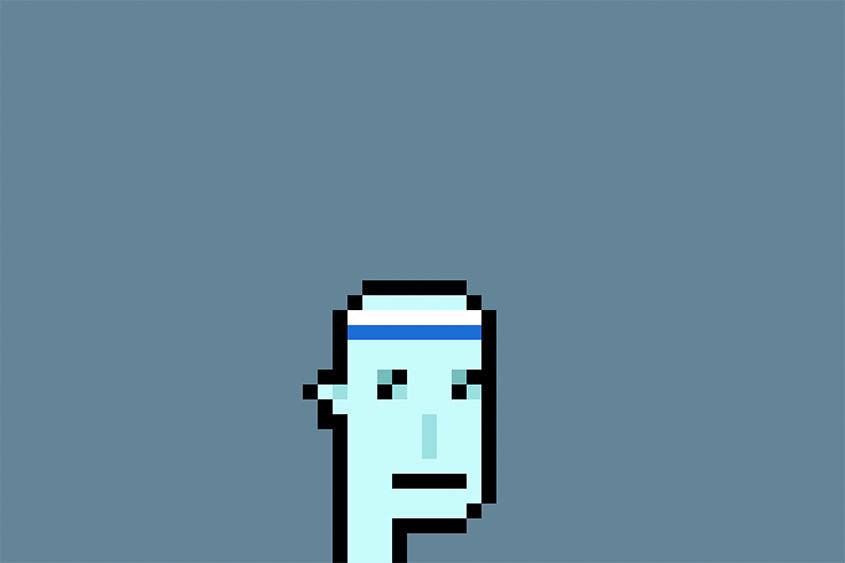 Today, the most expensive avatar in the collection is "punk" under the number 3100. On March 11, 2021, it was resold for 4200 ETH ($7.58 million). The price of a character on the secondary market depends on who he is (for example, aliens are more expensive than people), and his accessories (characters wear hats, earrings, medical masks, glasses, smoke pipes, etc.). The smaller the group of creatures to which the character belongs (for example, there are only nine aliens in the collection), and the more unique his accessories, the more expensive the object. "Punk" number 3100 is the only alien in the collection with a headband instead of a headdress. 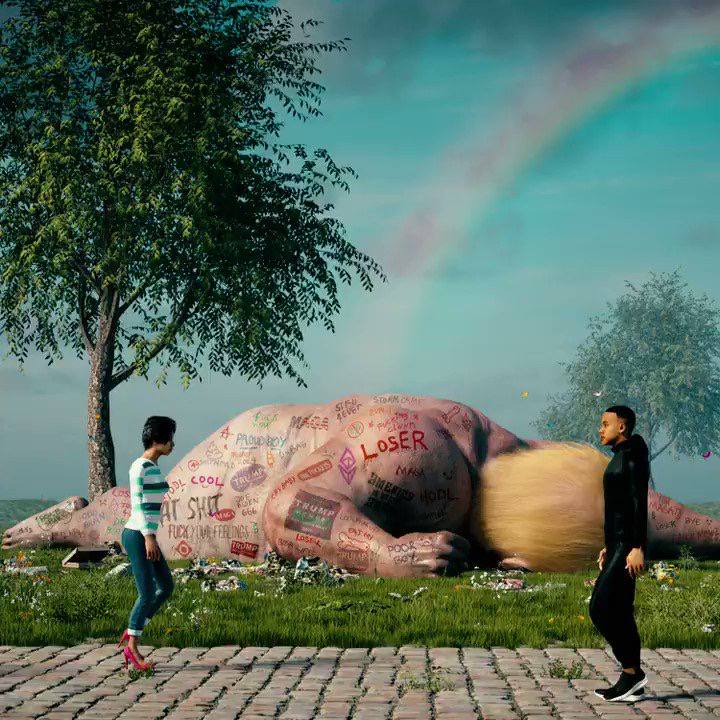 An animated image of the prostrate former US President Donald Trump called CROSSROAD is the first work of the famous digital artist Beeple, sold on the NFT marketplace. According to Andrey Alyokhin, founder of the online digital art gallery Snark Art, it was as a result of this transaction that the public's attention to the NFT market began to grow rapidly. Beeple exhibited the work at the Nifty Gateway site in September 2020. Then, in addition to Trump, his rival in the US presidential election, Joe Biden, was depicted on the gif. In November 2020, immediately after the elections, only one politician was supposed to remain on the gif, depending on the outcome of the confrontation.

On November 1, even before the election, the co-founder of the Museum of Crypto Art bought the work for $67,000 Pablo Rodriguez-Fraile. In March 2021, the collector resold the gif to an anonymous buyer for $6.6 million.

It seems that this is one of the most noticeable steps into the very cyber world that you and I imagined.

Analysts predict the emergence of new projects with new concepts, and the boom of the NFT sphere is compared with the boom at the beginning of the Internet. Interest in the segment is constantly growing and is still far from its end.

Tokens can permanently change the system by which digital content copyrights work, and protect crypto paintings and videos from illegal copying. Also, NFT will greatly ease the burden of copyright for musicians and will allow streaming services to license films and TV series faster. In general, operations with NFT tokens are much faster than operations with physical objects, which also has a positive effect on the implementation process. It will be easier for users to support their favorite authors without resorting to using third-party resources and systems. At the same time, they will receive exclusive rights to own the purchased crypto art.

NFT is the first attempt to plant ownership rights on the blockchain. And since the basis of the digital economy involves unique creative products that can be digitized in NFT in order to commercialize them, the art sphere was one of the first to actively explore the potential of the new technology. But in the current implementation, this can be compared to a paper souvenir card, which depicts a picture. The purchase of such a postcard may be of collector's interest to someone, but the transfer of rights to art as an object of intellectual property does not occur.

Over time and practice, standards will appear that will describe what NFT is from a licensing point of view, but these are the competencies and tasks of legislative bodies, and the tasks of IT companies in this matter are different. Creating an NFT, especially for representatives of the art sphere, but not only, should be accessible, safe and should not require special skills. No matter how complex the technology is, the user needs to convey this in the simplest way, not even because he will not understand, but because he has very little time.

That is why the blockchain environment has rushed to the end user, and this is what will truly contribute to the digitalization and adaptation of the legislative framework. Today, there are already blockchains and platforms where you can create your own NFT, but this is still a rather complicated, expensive and long process for a user without skills.

The DecimalChain blockchain was created primarily to give any user a simple tool with familiar mental models. The developers have made a kind of constructor of any kind of tokens, including NFT, which can be handled by a child, a pensioner, a blogger, a young artist, and an IT giant.

Any unprepared person can issue their own token in a few clicks in a few minutes and use it in their business or personal life, and all the necessary infrastructure (a wallet for storage, an internal exchange, external exchange platforms, conversion to any currency through a native token) is ready and available to everyone.