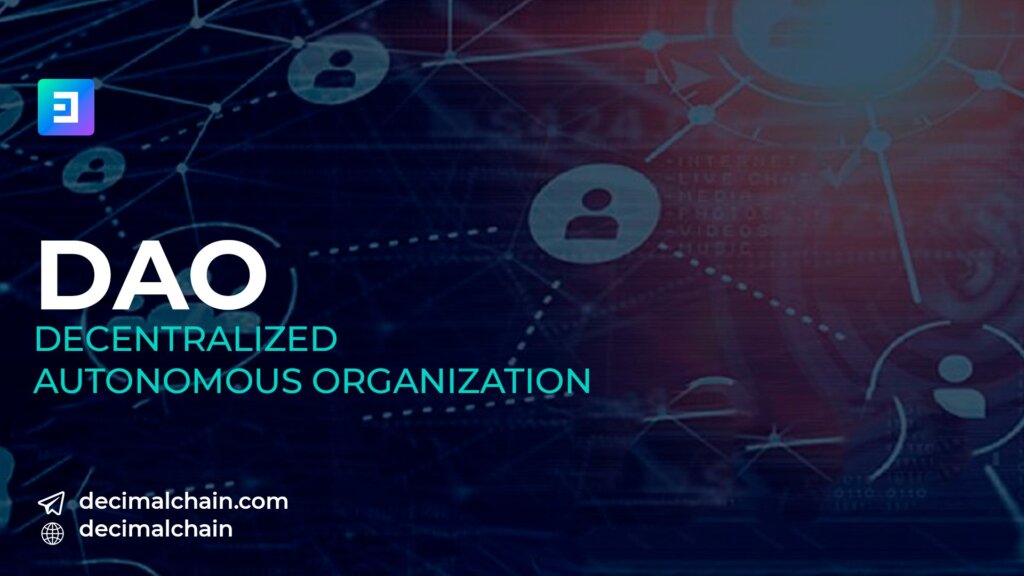 What is a DAO?

A DAO is a model of collective management and development of an organisation in which each member has a voting power that correlates with participant’s share of the organisation’s common equity.

What is Decimal DAO for?

As you may know with the release of DSC, blockchain capabilities have expanded and the horizontal scaling of DApps is now limited only by the influx of new teams of independent developers.

Blockchain Decimal is an organisation made up of separate parts such as DApps, coins, and tokens. The performance, profitability and scalability of each constituent part of the organisation depends on the blockchain development vector, its stability, speed and roadmap, which is why all development steps of Decimal will be regulated by the DAO (Decentralised Autonomous Organisation).

Voting power in the DAO

Each participant has voting power proportional to their ownership of DDAO tokens. For any decision and the management of the capital of the organisation, each of the participants or groups of participants settle a question and the answer or decision determined by gaining value and minimum threshold of votes, to avoid a monopoly of votes.

What is the capital of a DAO?

An organisation’s capital is represented by a DDAO token and is made up of the amounts of tokens contributed by each participant to the DAO contract address. The capital is managed according to algorithms originally embedded in the DAO smart contract, which makes the costs of the organisation transparent and making them is impossible without a majority decision.

Any business model requires trust between all participants, and in most cases, there comes a stage when a disagreement between participants leads to a conflict and subsequent violation of the business model. DAO eliminates trust and disagreement issues because decision algorithms are built-in and can’t be changed except by group voting.

Any Decimal network address that owns a DDAO token and has sent it to the Decimal DAO contract address can become its member. The contract automatically fixes and distributes the shares of the participants depending on the number of participants, the total amount of DDAO and the model embedded in the DAO contract.

There are several underlying products are designed to provide the basic infrastructure to scale the appeal of the Decimal blockchain in the roadmap for 2023 (during the third year of Decimal’s blockchain): DAO, Decimal Launchpad, DEX, DUSD (Stablecoin).

DAO and the necessary building blocks for launch are the development team’s top priority for 2023. Further development priority and development vector will be determined by the DAO organisation and products developed by the team under the DAO management will become component parts of the organisation.

Under the terms of the contract the DAO participant receives:

3.2 Commissions from Launchpad initial token distribution (IDO), commission for each successful round.

3.5 Other commissions and any other token proceeds, from products developed under the DAO.