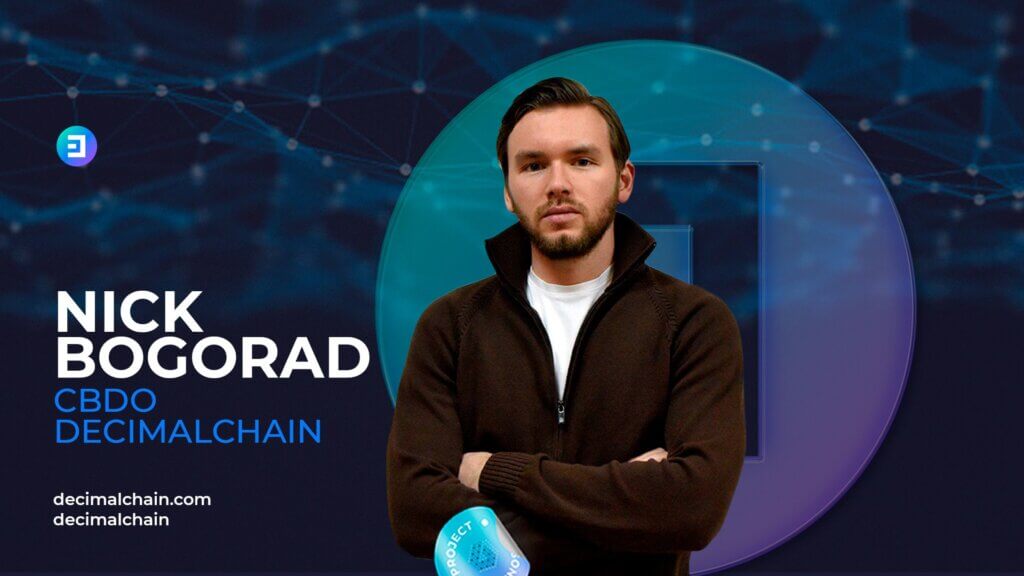 How important is it for the audience to know who is behind the project, writing the texts, and making the visuals? The Decimal team believes that this is an essential part of communicating with our community. That’s why we’re starting to talk about Decimalchain’s team!

In the first episode, we’ll tell you about Nikita Bogorad, the Director of Business Development at Decimalchain.

Since August 2022, Nikita is responsible for developing international relations and the global markets. He is in charge of finding partners, attracting foreign audiences, communicating with partners and developing the Decimal brand in key countries. Since the launch, Nikita has established and built relationships with CoinMarketCap and BNB Chain. Thanks to this, our collaborations with the companies are yielding useful and notable results.

In response to a question about why he wanted to work with Decimal, he said: “I got interested in the idea because I saw the incredible potential, and decided that my skills and experience would help take it to the next level. Before taking the director’s position in our company, he worked on a GameFi project, was one of the first employees, and developed the company from the ground up.

Nikita has been boxing since an early age. Apparently, this sport has shaped his character traits, which have allowed him to become a business development director. His negotiation skills and his studies at one of the most prestigious business schools have completely shaped his career path.

He grew up in the United States, and after school, he went straight to one of the top business schools in the United States. After studying, Nikita returned to his roots in Russia. According to him, he likes Russia better! The development of cryptocurrency also played an important role, because Nikita Bogorad intended to tie his life to business and cryptocurrency. As the business development director himself said about the development of cryptocurrencies in international markets: “The development potential is good everywhere. In countries where there are fewer restrictions, it is stronger. In the US and China, for example, development is hindered by restrictions imposed by the country’s government. But the advantage of blockchain is its global movement. You don’t have to have the lion’s share of the market in the country where you have your headquarters.”

Nikita Bogorod is a very bright personality, with great charisma. He is a man who delights and enjoys his work every day. Variety of tasks, applying all his capabilities and freedom in decision making, discussing issues and looking for new markets and companies to cooperate with – these are the tasks Nikita deals with every day and that is what attracts him so much to work in the business field and Decimalchain.

We are sure that we will cooperate with many more companies and make great strides into the international market when we have such interested and involved people in the company!