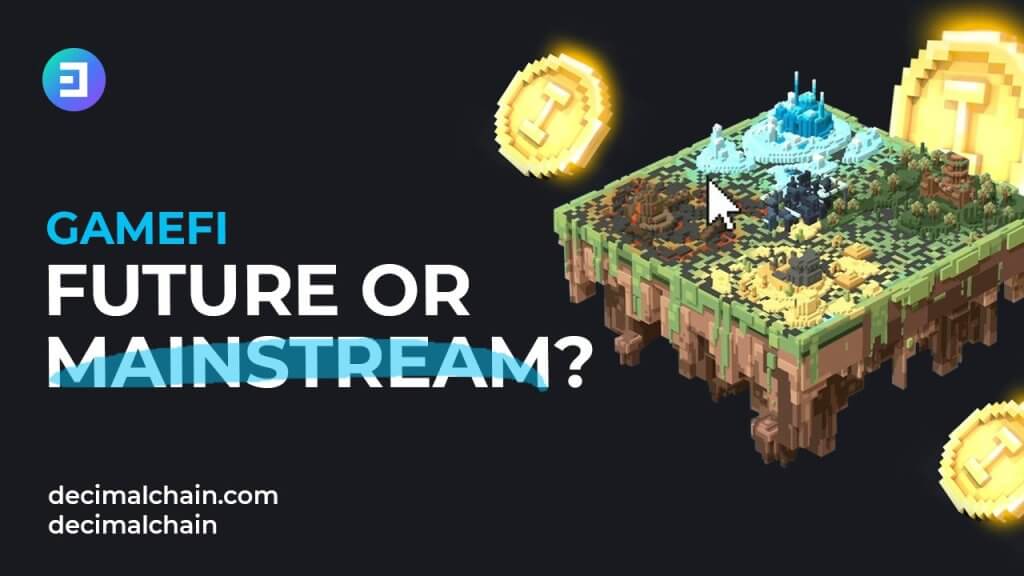 The term GameFi was born recently, in 2020, combining the terms “game” and “finance”, highlighting the main difference between these and regular computer games.

Anyone who plays computer games, especially those who do it professionally, has at least once thought about how great it would be to make money from it. Not only as cybersport players, but also as regular players, buying, selling and exchanging real-world items of value. With blockchain, that opportunity has arrived — GameFi. Users within the game space can earn tokens by completing tasks, reaching new levels, finding special boxes with prizes inside, and in-game “loot”. All earned and acquired objects can be bought/sold/used/exchanged and you can do with them in general whatever you do with other tokens, as the acquired object is your property and represents value.

How does it work?

Games, by internal structure, have their own currency, in which payments are most often made, as well as an internal market and tokenomics. And even considering that all games are different in genres, mechanics, themes, etc., there are a few basic distinguishing characteristics:

Is GameFi a trend?

Rather no than yes. The trend period for this trend happened at the same time as the trend for NFT. Largely because of the use of non-interchangeable tokens in games. For example, buying objects to play with or participating in a game. Therefore, we can speak of decentralised games as a separate form of DeFi.

Who can create a game on a blockchain?

Any user can build up a game on Decimalchain as it is like base functionality. Everything you need is to bare the idea, create the game’s world and time for sure. You are building a new project on the blockchain by developing a game, so you can issue tokens backed by DEL. Once the project is launched, information about it becomes available to all members of the network, you will be noticed by the entire Decimal community! It will be possible to create NFTs, complex internal mechanics based on smart contracts and link project with Binance Smart Chain network with the release of DSC which is already in its public access. The list could be goes on and on, so let’s don’t waste time — just follow the link and create!

How to play such games?

Several games have been created on the Decimal blockchain over two years, which belong to different genres and offer different options for profits.

First, you should connect your wallet and have the appropriate tokens, that is, the cryptocurrency that matches the game and the blockchain on which it is created. On the Decimal blockchain, games use their own in-game tokens, also created on the Decimalchain.

The first game launched in the Decimal ecosystem is GalaxyOnline.io. The development team has also launched its own online validator, which has been delegated over 2 million DEL, which means that part of the revenue from the validator commission will go to players of the DecimalChain race: for arenas, tournaments, and providing the special mineral Decimalium, which will only be produced in the DecimalChain race. The game has its own internal marketplace for trading and token withdrawals/entries.

Fans of UFC and other similar games will appreciate the second game on the blockchain: Zaruba. The game has a special mechanic: a unique NFT is created for each real live fighter in a single instance. Each bout of your fighter up to the end of his real career will earn you 500 DEL when he wins and 250 DEL when he draws. It’s possible to collect a whole set of professional fighters in NFT tokens in the game, wait for fights, watch the broadcast, and still earn cryptocurrency at any outcome!

Like many other spheres that have emerged with smart contracts, Ethereum and the opportunities available through modern technology, GameFi has taken its place in the industry. It is impossible to look into the future and say exactly what will happen in 5 years or even 2 years, but we can definitely say that games in a distributed ledger system offer the opportunity to earn and that is the most important motivation and can last for a long time. The development potential is very promising, the features that decentralised games can implement surpass all expectations of any standard computer game.